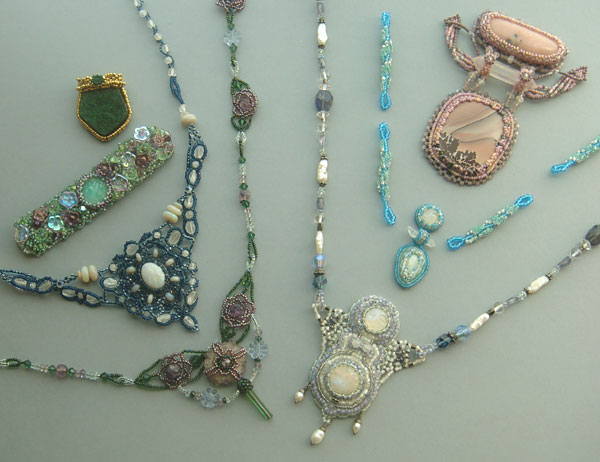 I think the little dove amulet is the most recent work in this box. It was a sample for a pattern Julia created as a Bead Quilt fundraiser in 2002. At that point, the quilt kind of took over my creative/beady energy and I didn’t bead again for quite awhile.
This box runs the gambit from “wow, I need to explore that idea more!” to “OMG, what was I thinking?”. Some pieces will be finished, sold or gifted, while others will stay as they are. All of these pieces are special, they represent a piece of my past — of myself — that I thought I’d lost long ago!