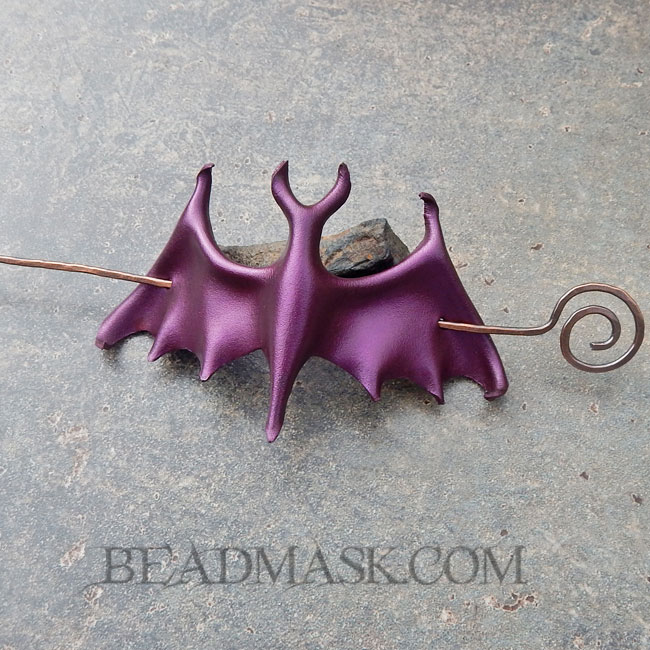 Can’t remember if I’ve shared these yet, so forgive me if it’s a repeat… Here’s a new variation of my popular raven feather barrettes. These have multiple holes, so that they can be worn with a variety of hairstyles, and they feature a funky galaxy theme. I’m debating whether to call them “Galactic Ravens” or “Cosmic Crows”. Either way, you’ll find them in Monday’s shop update.

I’ve been busy lately, so time seems to be flying at warp speed! So much so, that I haven’t had time to blog. For a quick recap, here are some of the projects that have been keeping me busy of late:

and a few new and unusual jewelry designs

I’m working to get it all photographed and added to the site … wish me good luck!